In this article by Aviation English Asia Ltd you are going to learn about the pronunciation of 's' as the final sound of verbs in third person and plural nouns.  The ending 's' is pronounced /s/ after a voiceless sound, pronounced /z/ after a voiced sound and  pronounced /ɪz / or /əz/ after a sibilant sound.  But what does this mean?  Read on to find out.

The correct use and pronunciation of verbs in third person is classified as a Basic Structure in the AEROSTA Framework and ICAO Document 9835.  It is a area of language in which pronunciation overlaps with structure, and it is most likely that it is used when describing facts, eg scientific principles, habits and timetables.  Pronunciation errors such as these are cumulative, and in combination with other errors can cause communication difficulties.

The same rules of pronunciation of 's' also apply to plural nouns. But be aware that there are a number of exceptions, most frequent of all "debris" which is a French word and actually has a silent 's'. 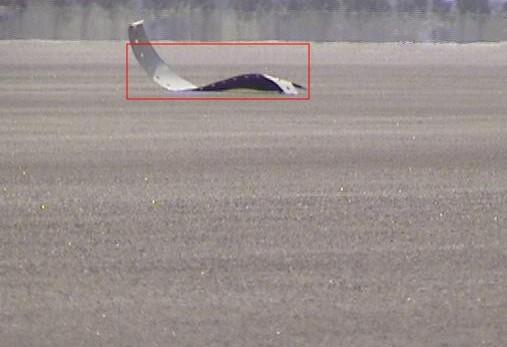 The pronunciation of final 's' depends on the last sound of the word.  If you read our introductory article Terms and concepts used in English pronunciation you will be aware of the difference between voiced and unvoiced consonants, as well as sibilant sounds.  As a quick recap,

The pronunciation of the final 's' in verbs in third person and plural words will depend on the final consonant sound (not the letter - letters in English often have a different pronunciation) before that 's'.  These are the rules for pronunciation, although there are a number of exceptions. 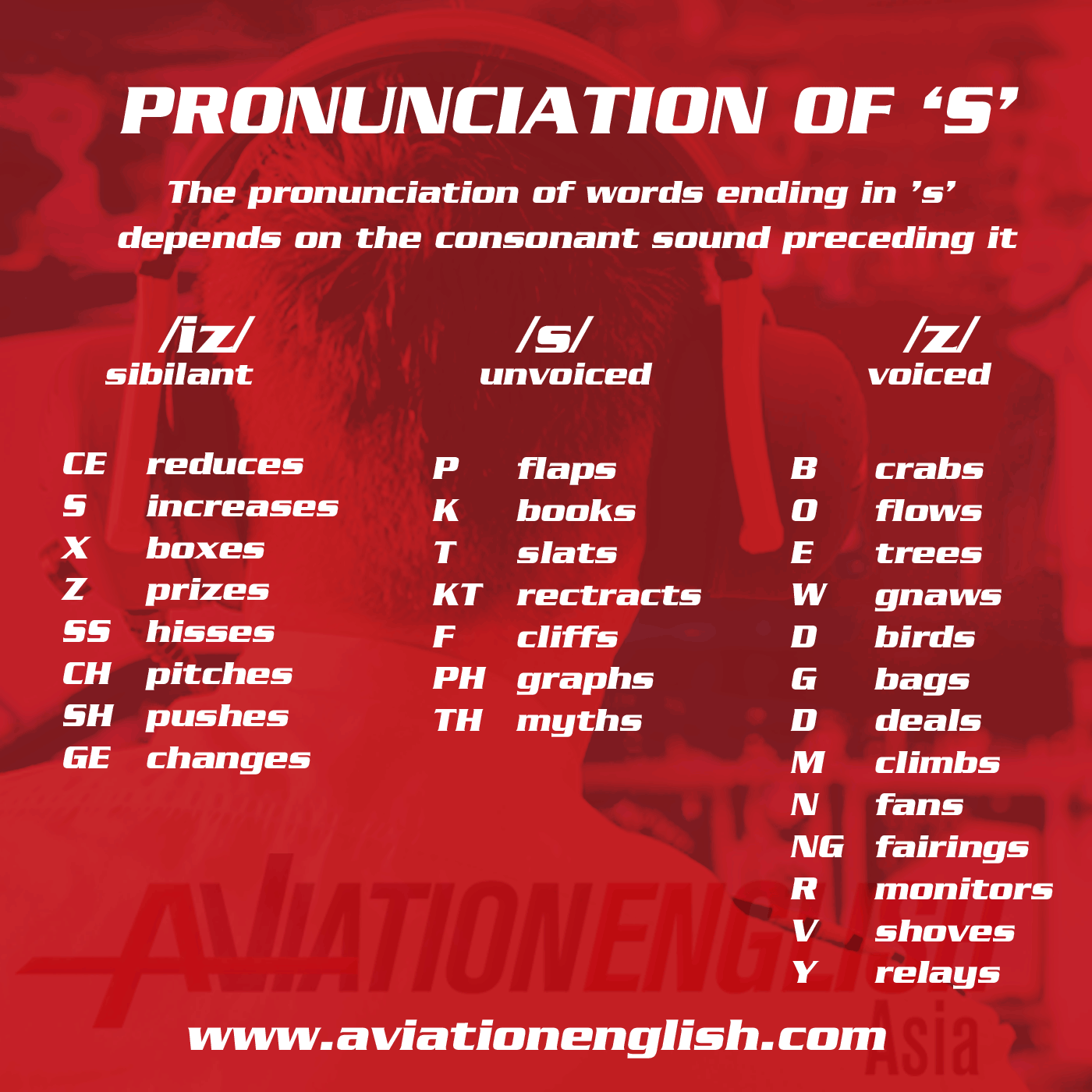 If the last consonant sound of the word is a sibilant sound (a hissing or buzzing sound), the final 's' is pronounced as /ɪz/. This /ɪz/ sound is pronounced like an extra syllable. (e.g. the word masses has two syllables)

If the sound has a J sound (/dʒ/ like the letter J at the beginning of the word juliet or /ʒ/ like the S in Asia), then the final 's' is also pronounced as /ɪz/.

Examples of words ending in the /ɪz/ sound:

Remember: after verbs ending in -sh, -ch, -ss and -x, we add the -es to the end of the verb (in third person) and the pronunciation is /iz/ as an extra syllable.

If the last consonant of the word is unvoiced, then the 's' is pronounced as /s/. It does not require an extra syllable

NOTE: The consonants c, s, sh, ch and x are voiceless though they use the sibilants ending seen above.

Examples of words ending in the /s/ sound:

If the last letter of the words ends in a voiced consonant (or sound), then the S is pronounced like a /z/ (without creating another syllable).

We also use this ending when the word ends in a vowel sound (e.g. bees, flies etc.)

Examples of words ending in the /z/ sound:

Listen to the sentences in the audio below and identify the endings of the words.

What to do next For more information about Aviation English Asia’s courses please visit http://aviationenglish.com or call +852 81799295.
If you haven't already please join the Aviation English mailing list for special offers and details of courses in your area.