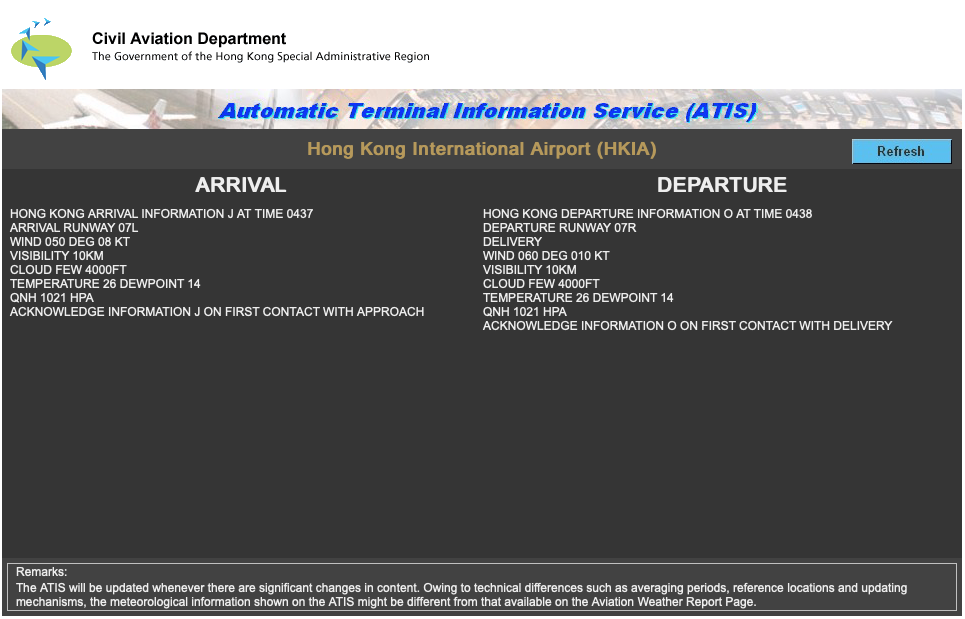 Voice ATIS may be transmitted on a dedicated VHF communications frequency or as the voice element of a navigational facility (e.g. VOR).

At busy airports, separate ATIS broadcasts may be made for arrivals and for departures.

You can practice listening to ATIS below

and on Aviation English Radio, usually from a different aerodrome on the hour.